Thousands of protestors took to the streets Sunday in opposition of the North Atlantic Treat Organization (NATO) Summit in Chicago, including a contingent of queer people.

Member countries of the NATO defense collective agree to an allied response to an attack against a member nation by any external party. Twenty-eight countries across North America and Europe are members of the organization.

Many demonstrators held signs or recited chants calling for an end to NATO and all war, specifically calling out United States involvement in Iraq. Others expressed displeasure toward the amount of money spent on defense over other programs.

The anti-war movement and the queer movement are allied, according to the queer protestors, because queer people are affected by militarization.

“Last year alone NATO spent $1 trillion on arms expenditures, and that’s completely ridiculous considering the austerity measures being taken in this country,” said Judy Heithmar, one of the people marching with the queer contingent. “Queer people are here demanding equality, education, health care and safe and affirming housing. The $1 trillion on war NATO spends could go toward advancing queer causes.”

Police presence was strong at the event, as banks of officers lined the streets while additional officers waited in buses on standby as reinforcements. It seemed as if there were as many police officers as protestors.

At the rally after the march, Members of Iraq Veterans Against The War threw medals, awarded to them for their service in the military, toward the McCormick Convention center to symbolically return them.

As the rally ended, police asked protestors to disperse because the permit for the march had expired. Andy Thayer, co-founder of the Gay Liberation Network and one of the lead organizers of the march, addressed the crowd on his bullhorn, urging protestors to comply with police orders and to keep the demonstration peaceful.

While many people left the rally, some refused to disperse and ultimately clashed with police. By Sunday at 9 p.m., 45 people were arrested and four police officers were treated for minor injuries, according to the Chicago Police Department.

“I don’t know what the fuss is all about. This isn’t as big as the Taste of Chicago,” said President Barack Obama, in response to the media coverage of the protests, to NBC Chicago. Some 2,000 members of the press have received clearance to cover the summit.

Protests carried on into the night, even through rain, as demonstrators continued to assemble in front of the Art Institute of Chicago, while others waited outside the jail for detained protestors to be released.

Photos are up on the Stuff Queer People Need To Know Facebook page, and some of my favorites are below: 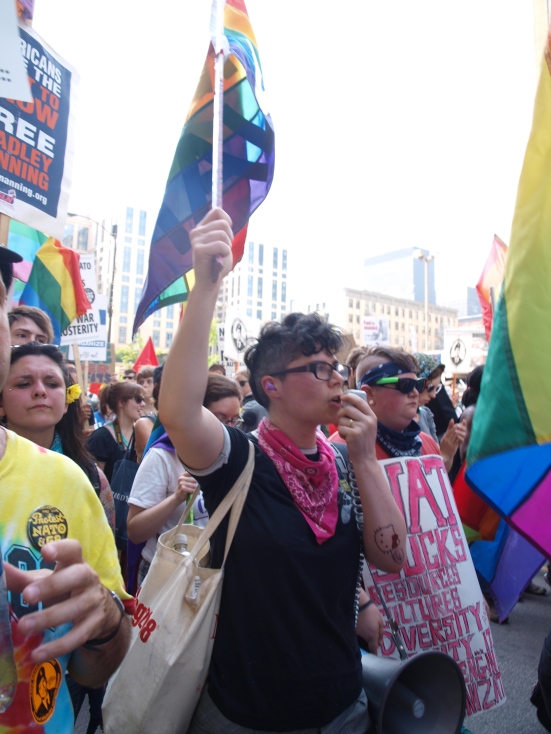 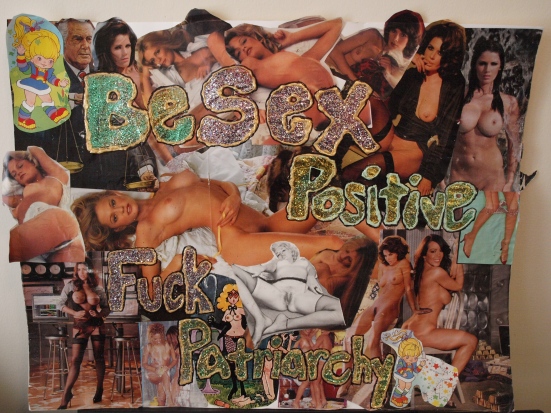